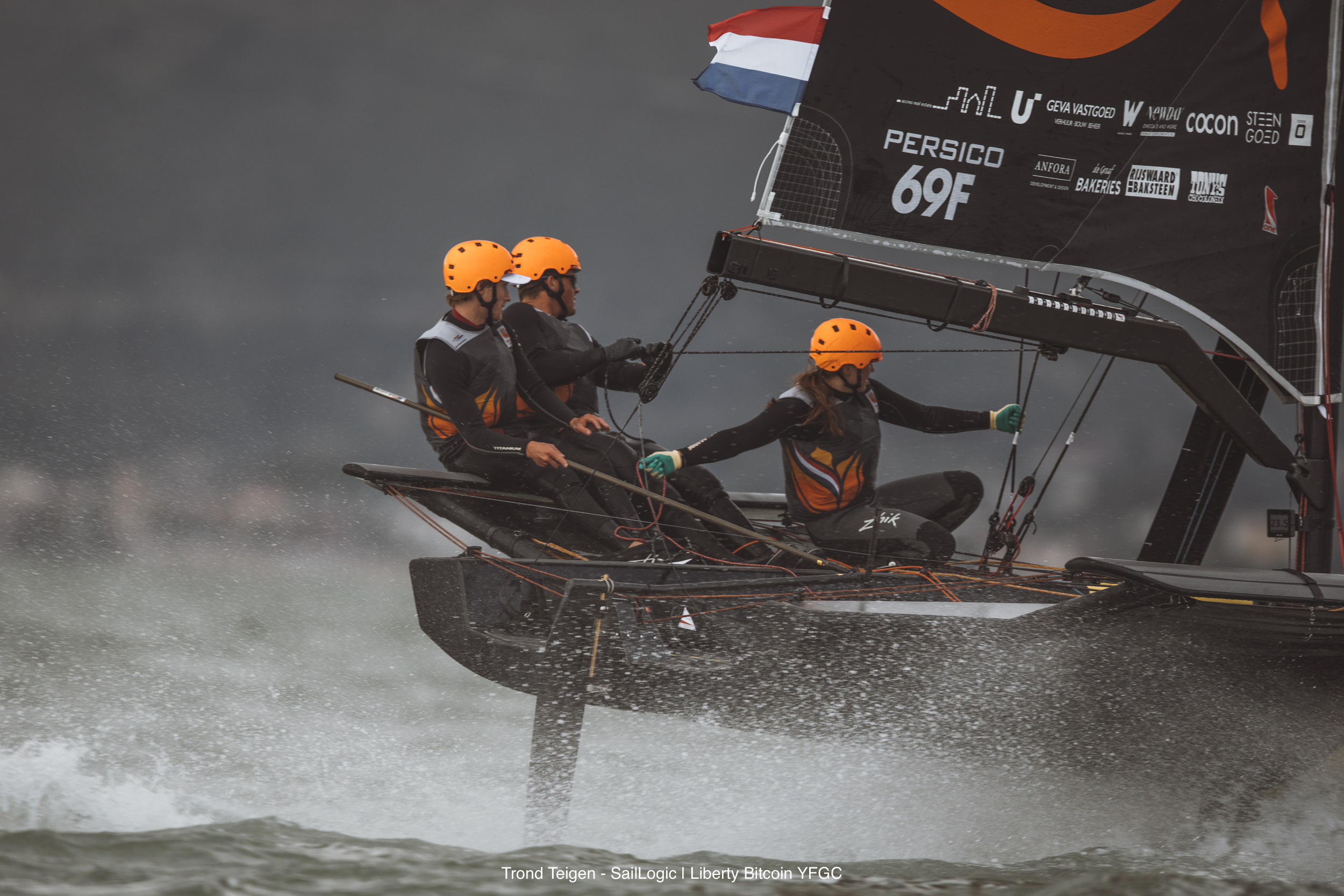 Racing For A Bitcoin

Over the weekend the future of high-performance sailing (athletes under 25) locked horns with each other in the Liberty Bitcoin Cup in Gaeta, Italy, featuring the next generation of high-tech foiling sailboats (Persico 69F Class); and ICARUS Sports was there to capture all the windswept action.

The Liberty Bitcoin Cup is a brand-spanking-new event series ushered in by the Hong Kong Royal Yacht Club, Rune Jacobsen, Max Dubreuil and CMCC Global, the company behind the title sponsor Liberty Bitcoin Fund; a tripartite event series, with the location and details of the second regatta soon to be announced, the finals will take place in Hong Kong in early 2022. Up for grabs is probably the biggest cash prize of any youth event in the sports world, that is the prize of 1 Bitcoin, currently worth approximately USD 56,600.

The objective of the event series is to make world-class youth sailing affordably for international teams and to create the premier global youth event for foil sailing; all powered by Bitcoin.

Christoph Stadler, Business Development Manager at ICARUS Sports comments “This new racing series is based on disruptive technologies throughout. Super fast foiling sailboats and Bitcoin. Fittingly the next generation of high-performance sailors is not sailing for a Gold Cup like traditional sailing classes, they push their blistering fast Persico 69F boat to the limits to win the Liberty Bitcoin Cup. ICARUS Sports is delighted to bring this new generation of sailing and sailors to a global audience and follow the racing series until the showdown for the big prize in Hong Kong in early 2022.”